So the one thing that Stas (short for Anastasia – i.e. Mrs Hare) missed on moving to Herefordshire from Hackney was going to the movies on a regular basis.  Oh, I’d better qualify this, just in case any old friends from the city are idly reading this blog, that it goes without saying that she of course misses them too.

For, dear friends, there was a time when we would go to the local independent cinema, the Rio, every Monday night for tickets were cut price then.  We weren’t the only ones, all our mates would be there too, and we’d all watch the latest foreign releases and cult classics before diving into the pub around the corner and giving our opinions on whatever we’d just seen.  These films would transport you to places you’d never been - the Tokyo of Tampopo with its chaotic tangle of telephone wires of the Amazon of Fitzcaraldo with its tangle of strangling vines.  Truly these films were a wonder.  Yes, moving to Herefordshire was good for the soul in so many ways but, as I say, we missed our nights at the picture palace and on occasion felt like we were living in a cultural desert.  Luckily, every year there would be the flash flood of films shown by Borderlines Film Festival and we would feast on as many as we could fit in with everything else that we were doing.  Even though Hereford is better served for film than it has been with the opening of the new cinema, Borderlines is still something of an annual treat and we are busy biro-ing stars in the brochure by the films we want to see this year. 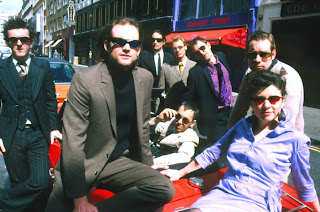 All of which is a very long way of getting round to saying that I am therefore exceedingly pleased that the Wild Hare Club is fully part of this year’s Borderlines and to be hosting a very special show on Saturday 27th February at Lyde Court featuring  The Incredibly Strange Film Band performing a selection of the funkiest film and TV themes cherry-picked from the 1960s to the present day.

The Incredibly Strange Film Band, which formed in 1993 but perform rarely, will be taking to the stage with an impressive eleven-piece line-up including horn section.   Expect to dance from the get-go to a pacey set of tunes from the pens of such great writers and composers as Henry Mancini, John Barry, Laurie Johnson and Quincy Jones.  For added delight, Marilyn Monroe will be making a guest appearance - every bit as glamorous and funny as you’d expect - and DJ Jus Jay will be spinning gems from the box labelled OST.

Not only will your evening be brilliantly sound-tracked but the 17th century tithe barn at Lyde Court provides a magnificent, cinematic setting.  As ever with the Wild Hare Club it’s the audience that make each show an event and for this party, you can add to the glamour by donning red carpet attire and have your portrait taken by the ‘Vanity Hare’ photographer who will be on-hand to snap you in all your finery.

From the Hollywodd Hills to the Black Mountains, yours ever, Richard MC of the WHC

p.s.  This is likely to be the last blog on here because I am in the process of having an all-singing, all-dancing (naturally) website built www.wildhareclub.com See you there…..
Posted by Wild Hare Club at 18:48 1 comment:


The sun is shining and the garden at WHC HQ is full of life, witness the noisy jackdaws on the chimney pots opposite.  In short, it is shaping up to be a very special spring.  You, dear reader are recalling the halcyon days of childhood,  swinging off a rope over a local river and trying to remember this line from Wind in the Willows -


“There’s nothing––absolutely nothing––half so much worth doing as messing about in boats.” 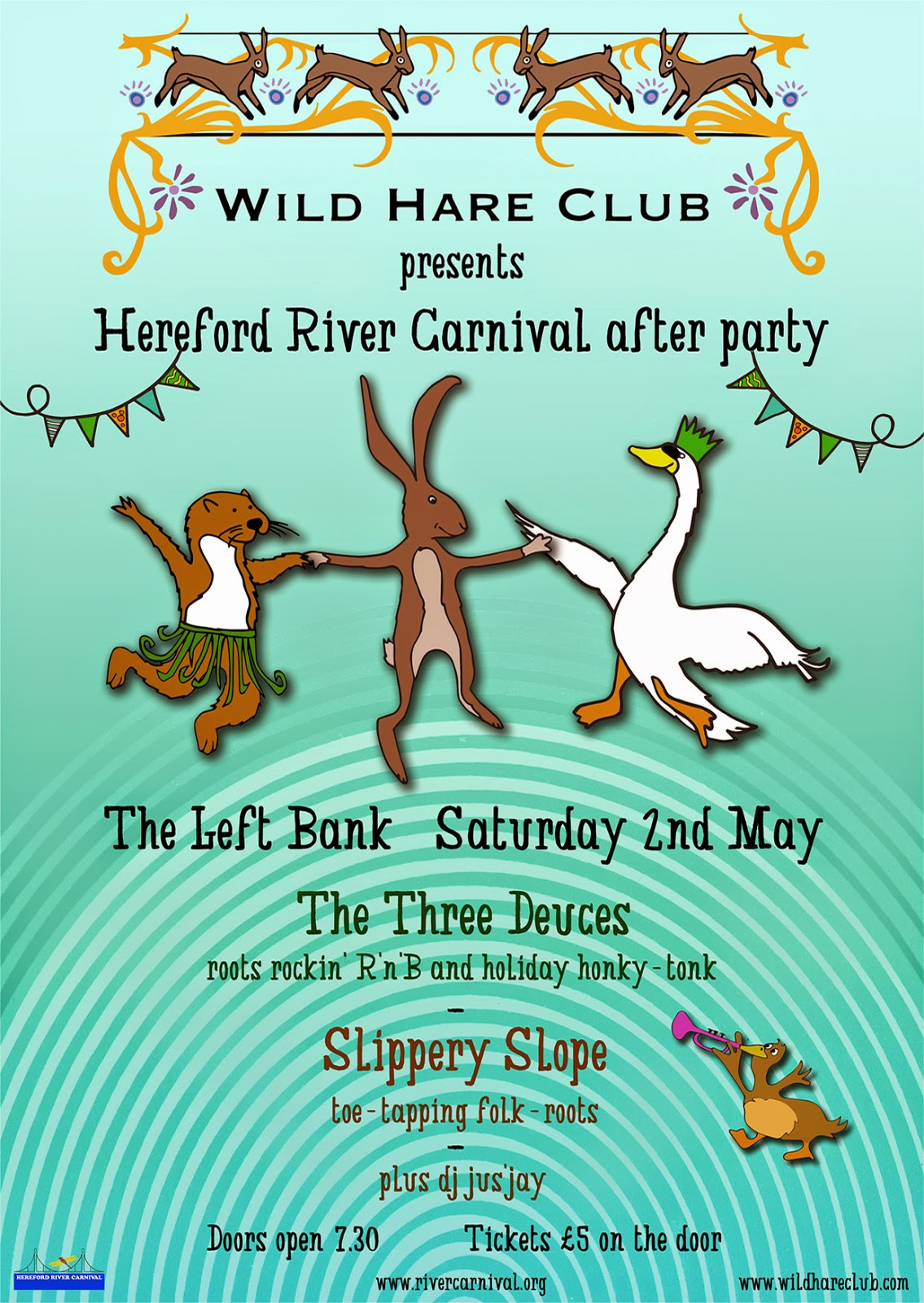 All of which is my roundabout way of saying The Hereford River Carnival will soon be upon us Saturday May 2nd and I hope that everybody is planning on joining in, even if like me - embarrassed cough - you haven’t got round  to building a raft.


The Hereford River Carnival is really a community affair and I am very pleased to say that the WHC is mucking in by hosting the AFTER-CARNIVAL PARTY at The Left Bank in the evening so that the revels can continue into the night.  Old friends of the WHC, The Three Deuces will be coming up from London and plying their time-seasoned R’n’B, or what head honcho, Charlie, refers to as ‘holiday honky-tonk’.  Adding to the fun, will be local folksters Slippery Slope, who many of you will remember from last year’s festival, and also our favourite seasonal DJ, Jus Jay who also designed the wonderful poster.


Hopefully see you on May 2nd and maybe at the Bevvy Sisters shindig before that (25th April at St. John’s Ambulance).


Hello to you out there in Normal Land,


I know it’s been a while, but this message should bring good cheer, for 2015 sees the 10th anniversary of the Wild Hare Club and a very special show on my birthday, 31st of January, at Lyde Court featuring the legendary Blockheads.

For most of you, The Blockheads should need no introduction, but if some of you younger folk need a primer on their early years with the legendary Ian Dury watch the marvellous feature film Sex and Drugs and Rock and Roll.  The prize-winning film was scripted rather brilliantly by Paul Viragh who I shared a student house with back in the day. Strangely he didn’t join me for the free Blockheads show – It’s Only Rock ‘n’ Royal - on the day of Charles and Dianna’s wedding at Crystal Palace. I nearly got beaten up on the tube that day for wearing a badge with the official picture of the couple but with a bald-headed Charles and the caption ‘The King and Di’.  Oh well, it still makes me laugh.

Along with some new material, including songs from the recently released Same Horse Different Jockey, you can expect to hear and sing along to Hit Me with your Rhythm Stick, Reasons to be Cheerful (Part 3), What A Waste, Clevor Trever, Sweet Gene Vincent and many more from the illustrious back catalogue.

Adding some feminine wit and charm to the evening is Bristol-based singer-songwriter Lori Campbell. Armed with a pint-sized guitar, uke and supreme mouth trumpet skills, Lori will knock your socks off and get you in the mood.

And as if that wasn’t all enough entertainment for one night, the Reggae Pie DJs will be hitting you with the finest ska and reggae rhythms before, between and after the live acts.

Tickets are £20 and available via the  Lyde Court website.  Doors open at 7.30, The Blockheads will hit the stage at 9.30 and there will be drinking and dancing until late.  The Blockheads have garnered an avid legion of fans, many of whom will travel far for such an intimate show, so to avoid disappointment please book now.

Cheerfully yours, Richard MC of the WHC


Back by popular demand The Urban Voodoo Machine return to the Wild Hare Club to play their final gig of the year on Friday 20th December following a German tour and a special Halloween show at London’s Jazz Cafe.  Purveyors of what the band describe themselves as “bourbon-soaked, gypsy blues, bop ‘n’stroll”, the nine piece band have a raw energy and real edge that is all too absent from most of today’s so-called rock and roll. 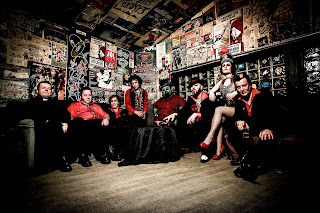 Their latest album Rare Gumbo collects various recordings from over the years that give an idea of what goes into their rich musical stew - from fired-up polkas to hair raising rockabilly rave-ups, from low-slung, lascivious Stonesy raunch to slower howls that would feel very much at home on a Tom Waits record.  But really for this band it is all about the LIVE experience.

For one night only, Lyde Court will be transformed into the mysterious and transitory Gypsy Hotel, the band’s notorious London club.  Expect a carnivalesque atmosphere and some added glamour courtesy of Trixie Malicious, Canadian queen of burlesque  bump ‘n’ grind, a gal who has danced and joked her way around the world! 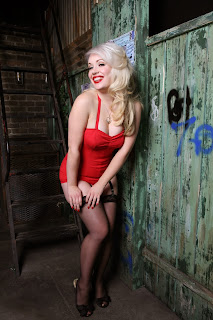 Manning the decks will be DJ Slim, the band’s accordion player, who I first encountered whooping it up with The Boothill Foot-Tappers way back when and have been bumping into at irregular intervals in various watering holes and shady music venues  ever since.  Expect anything from classic soul to klezmer and of course some cool Yule tunes to make you shake your tail feathers. Opening the show, will be Nick Marsh , once of ‘80s cult band Flesh for Lulu, who will play a short acoustic set featuring songs from his solo record ‘A Universe Between Us’.

Tickets are £15 and available now via the Lyde Court website http://www.lydecourt.com.  Doors open at 7.30, the UVM will hit the stage at 9.30 and there will be drinking and dancing until 2.00 a.m.


Dress with burlesque glamour and pirate swagger and in the anarchist colours of red and black.

Last time the band played The Wild Hare Club many people including friends had to be turned away on the night, so to avoid disappointment book now.

Yours ever, Richard MC of the WHC
Posted by Wild Hare Club at 11:45 No comments:


This message is to announce that the ever-eclectic Wild Hare Club returns to Lyde Court on Wednesday 24th July for a rare performance by US singer-songwriter Tom Russell as part of a short UK tour.

For those unfamiliar with his work, Russell’s music is broadly in the country tradition but is imbued with elements of folk, Tex-Mex, blues and much more.  A consummate storyteller, Russell’s songs have are often cinematic in scope and populated by characters, real and imagined, as wild and vivid as the landscapes in which they’re set.   Simply put, if you wanted to choose one performer to personify what is meant by Americana, then you could do no better than by choosing Tom Russell. 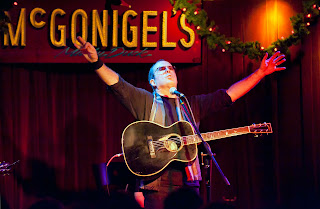 With over twenty solo, band and collaborative albums to his name, the Tom Russell songbook has provided many rich pickings for other artists.  Johnny Cash, Nanci Griffith, Doug Sahm, Joe Ely, kd lang, and Iris Dement are just some of the musicians who have covered his songs.  Russell’s many collaborators include desert rock band, Calexico, and the cult writer, Charles Bukowski.

For this performance Tom will play two sets accompanied by Thad Beckman and there will be no support act.  Doors open at 7.30pm.  Tickets are £15 (seats not allocated).  Book early as tickets have been selling steadily even before getting the publicity out and this show is expected to sell out.

Tickets are on sale now at www.lydecourt.com

So here, to get you in the mood is a Youtube link of Tom performing The Ballad of Edward Abbey - a tribute to the author of The Monkey Wrench Gang and some other great books and one of the people who inspired Earth First.

Wild Hare Club
Well done for finding the somewhat elusive Wild Hare Club. The WHC is the banner under which I have been hosting occasional live events in a wide variety of venues in the city of Hereford and the surrounding countryside since 2005. It is a club - in the loosest sense – add yourself to the email list and you’re effectively part of it. True to its name, there is no set formula. Each gig or event is a one-off and always special - not just because the performers are uniformly fabulous but because the audience tends to be pretty special too. In a nutshell, the WHC was conceived to provide ‘human music on a human scale’. Wild Hare Club shows are labours of love and can only come together with the continued good will of artists, friends, family and your good selves. Looking forward to seeing you some time in the not-too-distant future, Richard hare-brained MC of the WHC

Some of my favourite blogs